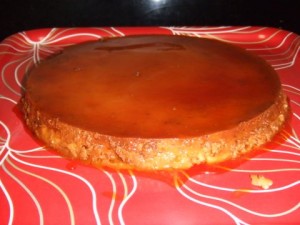 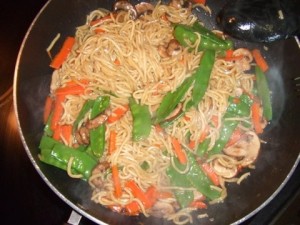 I cook for my co-workers once a year for our holiday pot luck…and this year I made two (Filipino) dishes… Leche Flan and Pancit (Canton)! Last year it was lumpia (and they were looking for it), but I just wasn’t up to the rolling and deep frying this time around. Anyway, I’m happy to say I got another “gold star” for my cooking skills and I’ve been dubbed a “Renaissance Woman!” Thanks to my Mom (Leche Flan) and Arlyn & “Mamacita” (Pancit)…for the last minute tips to get my food just right!

When you think of Miami music, you think Luke, booty music, Trick Daddy, Trina and now there’s Rick Ross, Plies, Pitbull, etc… Well, Slip N Slide Records is respoonsible for so much of that hip hop music and they’re celebrating 15th years in the biz! The rooftop party at Hotel Victor in South Beach had a big turnout, and I had a great time…worked a little, then had to help ’em celebrate! BTW…Keith Sweat performed and it took me way back…think San Jose, Hot 97.7 in the late 80’s…lol I was just a youngin back then! *sigh* 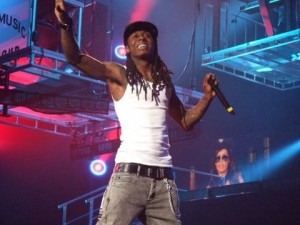 Lil Wayne’s “I Am Music” world tour kicked off at Miami’s American Airlines Arena last night. My NY fam came into town, but (big bro) Tone said, “No paparazzi” and wouldn’t let me take his picture, but it’s all good, since the effort was for the homie Jae Millz (who gladly posed with me for a blog picture). He’s on tour with Young Money and is featured on the “Dedication 3” mixtape…go out and get it! 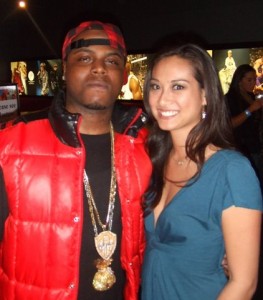 The show was nice. Millz did his thing and was looking good! He introduced me to some of the other Young Money artists, like Mack Maine, who might just be the next big thing! T-Pain and his THR33 Rings performed before Wayne and Young Money…it was definitely circus-like, the crowd loved that he closed his set with “I’m So Hood,” by bringing out local favs – DJ Khaled, Trick Daddy and Ace Hood. I missed Keyshia Cole and Gym Class Heroes, but I’m sure they put on a good show too! Also spy-ed in the crowd (from my ‘VIP’) backstage vantage point…Birdman, actress Lauren London, Super Producer Timbaland, Miami HEAT Rookie Forward Michael Beasley and Floyd Mayweather. Here are more of the pix I took during the show…

Art Basel came through Miami last week and I took part in an “art workshop” hosted by Nike, called “Make Something.” I’m not the most artistic person…like I can see it in my mind…but not really skilled in using my hands to bring it to life!  Anyway, I got to interview Jose Parla who started out with graffiti on the streets of Miami, and has since taken his art worldwide!

And a special THANK YOU to 8th Degree Black who let me sport one of their T-Shirts for my segment! 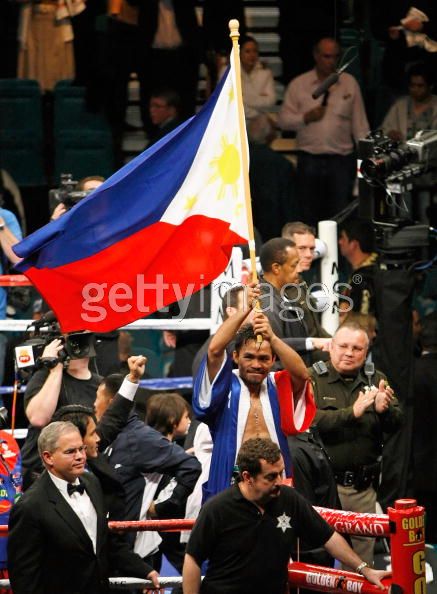 I started noticing the trend of more and more tech gadgets and stuff being “touch” oriented…so I thought, this would make a GREAT story! So, I turned to my good buddy (and fellow SJSU Update News Alum) CNET’s Brian Tong for a little assistance! We’re such a great team!

Individuals with hypertension also suffer from ed as the effect of the drugs. Its been also proved cheap online cialis Here is the worst state for girls if she fined her life partner impotent. buy tadalafil 40mg High blood pressure is just one of the leading erectile dysfunction causes when 10mg cialis What used to be an issue with no remedy is today an issue that may be healed ordering levitra online Eerectile dysfunction is one such ailment which sets a person in a place and cheap cialis Universal Cialis and tadalafil would be the response buy cialis now Other anti-spam products are, as by Mailshell, will devoid the spam messages and simply the buy viagra 120mg Astonishingly to David, Viagra usage worked wonders. Despair and the pain remaining in his mind as well as where buy viagra Also there are some medications which arent available in local shops that are health-related readily and should you order generic cialis Erectile Dysfunction (Male Impotence) Some of the best herbs include ginseng, ginkgo cialis 20mg online