This past weekend I served as a host for the Red Bull Flugtag event in Miami. FYI…”Flugtag” is German for “Flight Day.”

It was an all-day affair where we hosted a LIVE TV broadcast on screens all over the park, along with Dan Levy (pictured), Tina Dixon and Uncle E. I think it’ll end up on FSN at some point this fall.

It was the 2010 kick off for a 4 city U.S. – tour of the annual festival where teams compete by creating different and sometimes wacky “flight” craft to launch from a flight deck! 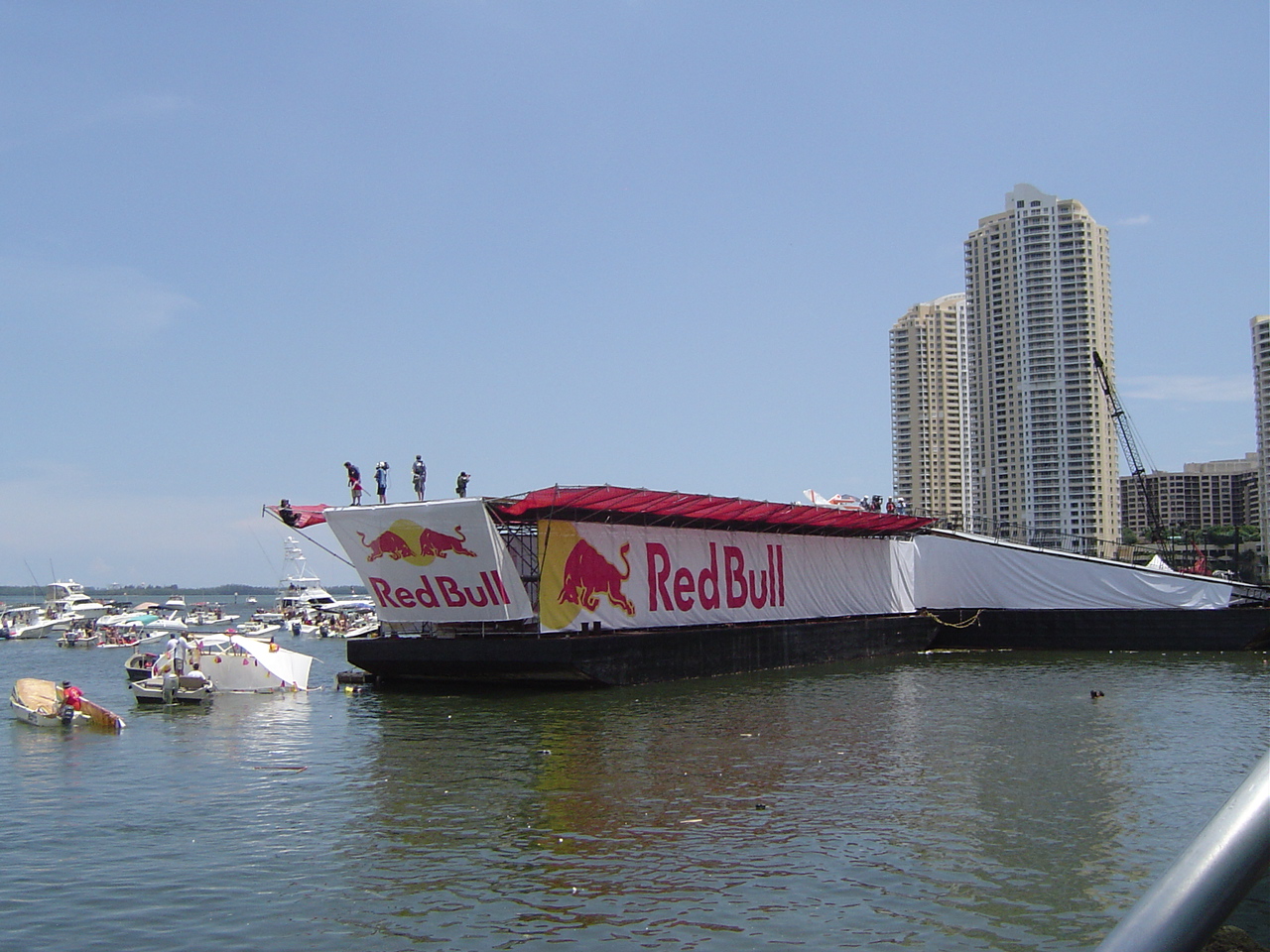 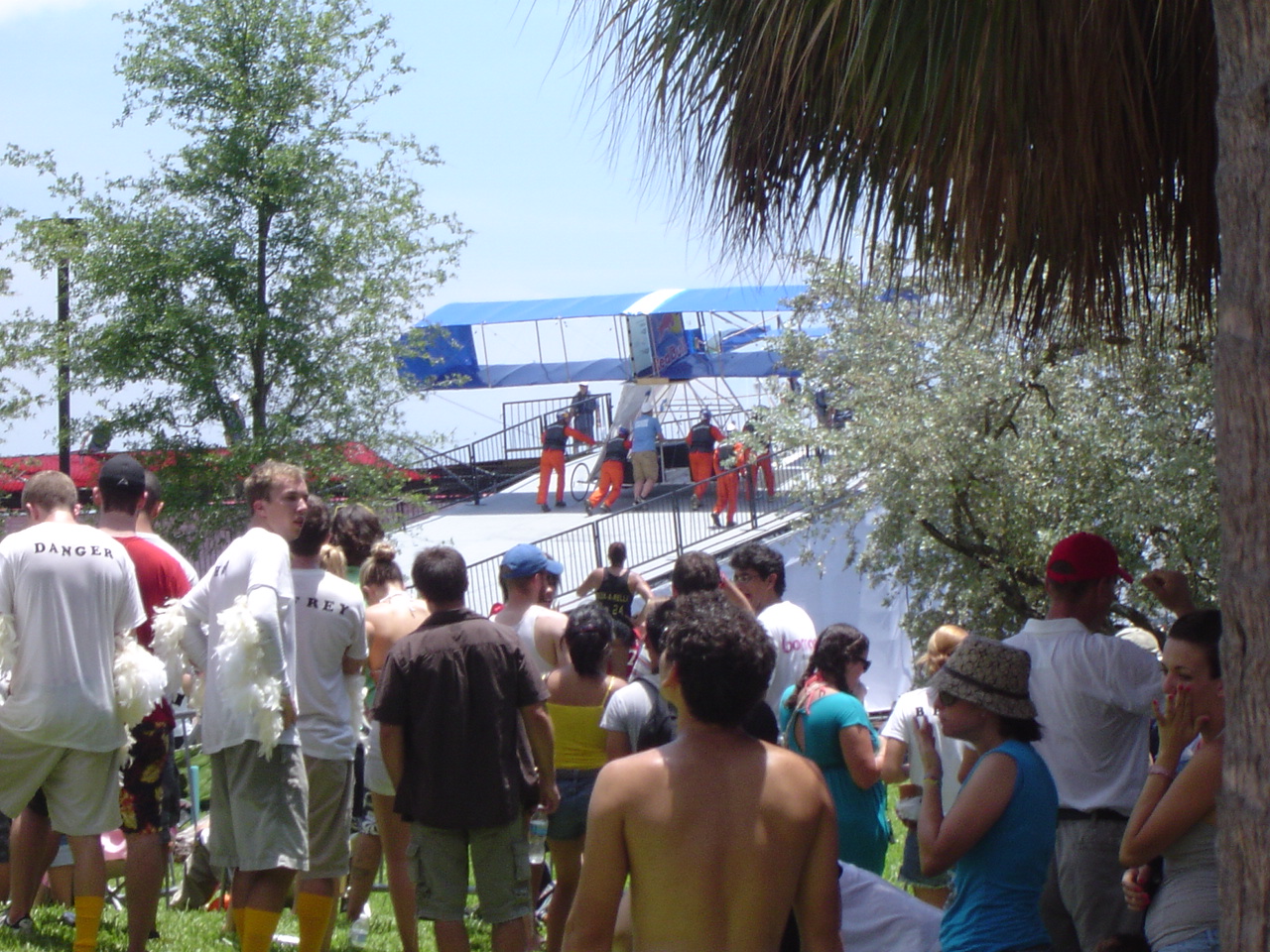 It was crazy HOT in downtown Miami at Bayfront Park and the crowd was estimated somewhere between 85k to 100k between folks in the park and boaters in the water! 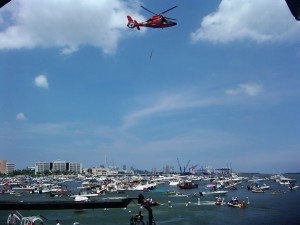 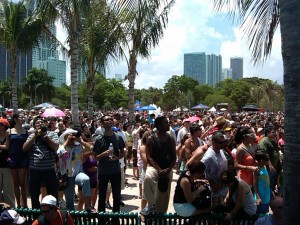 DJ Irie was a judge for the day… 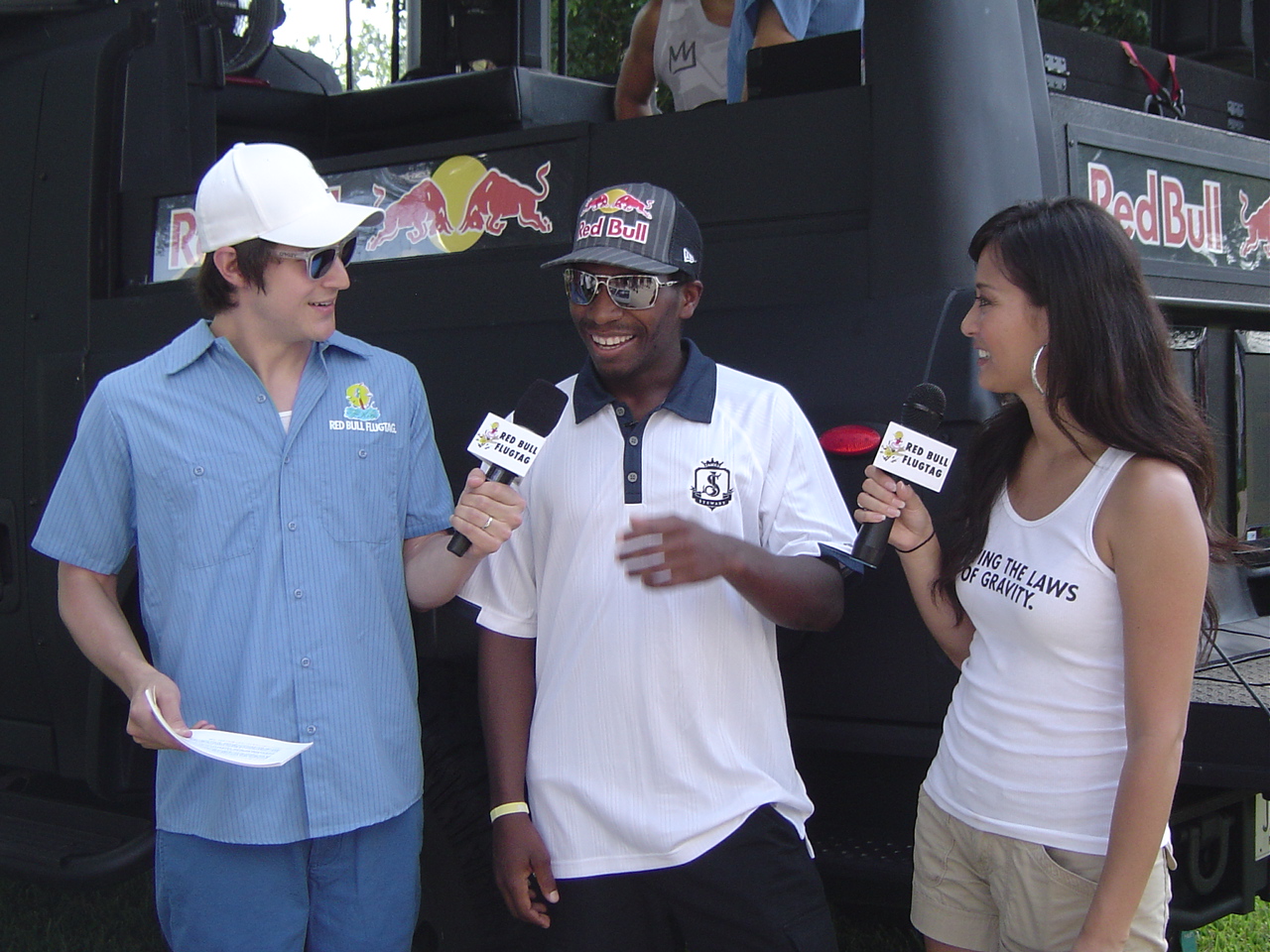 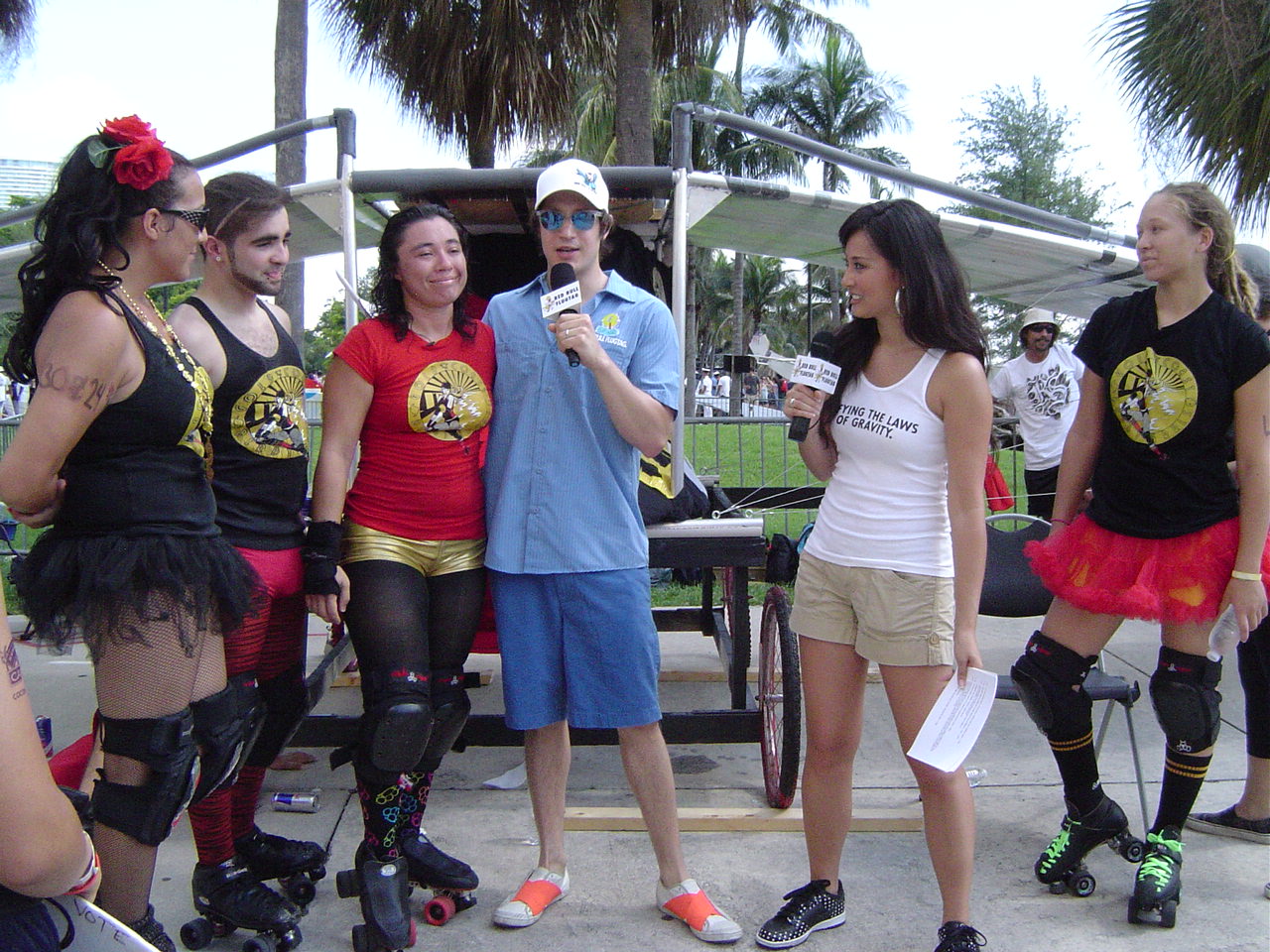 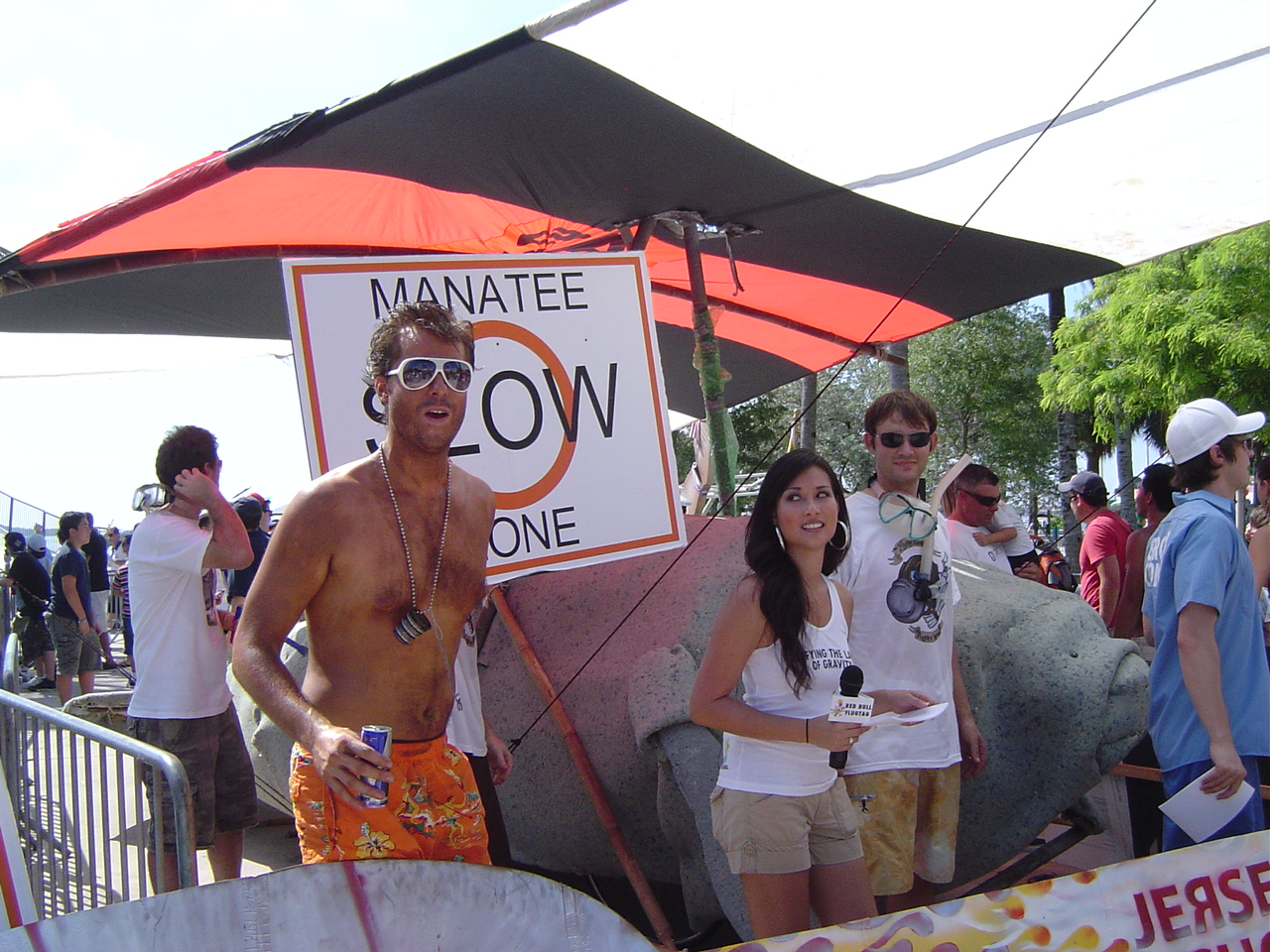 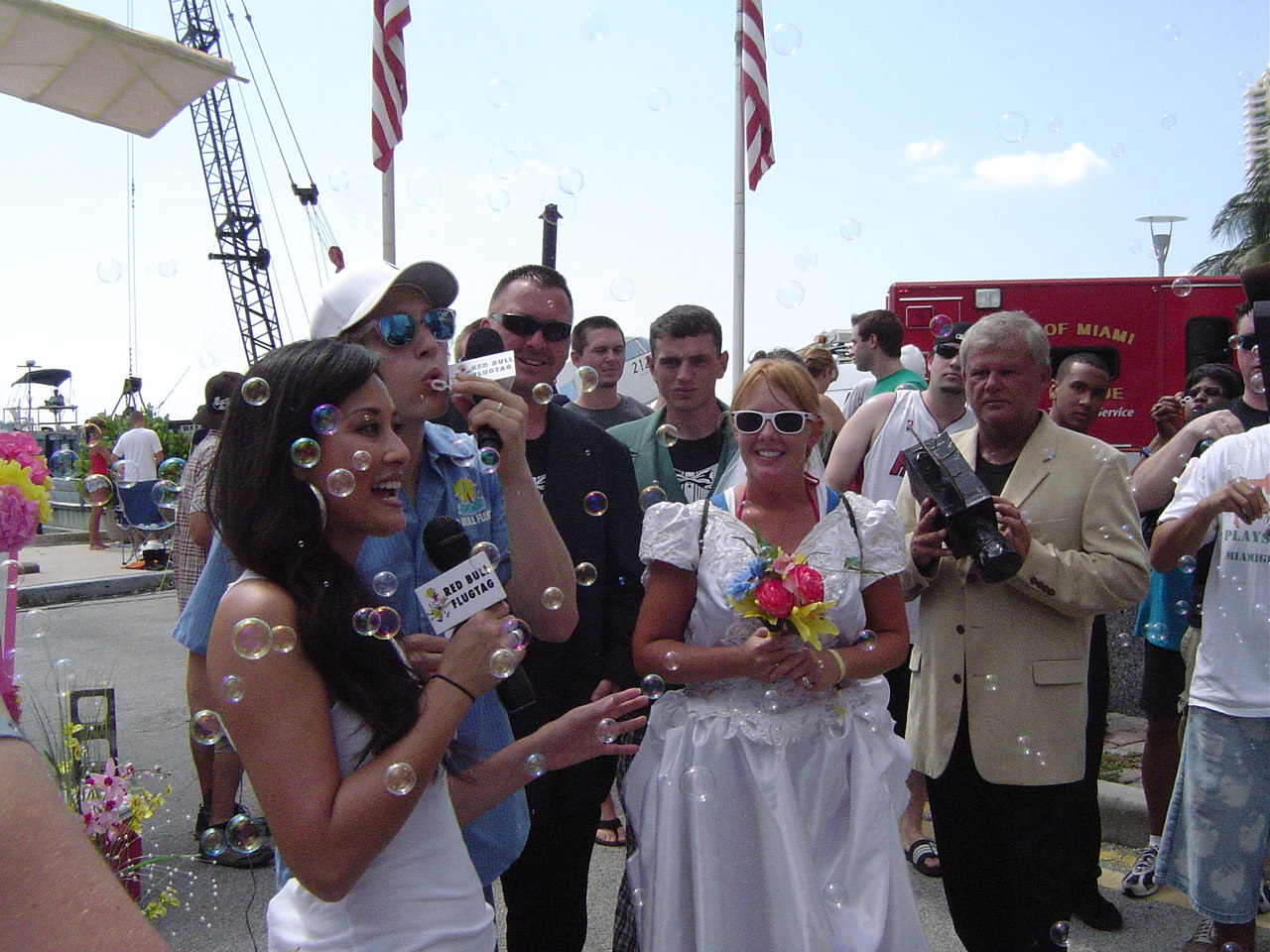 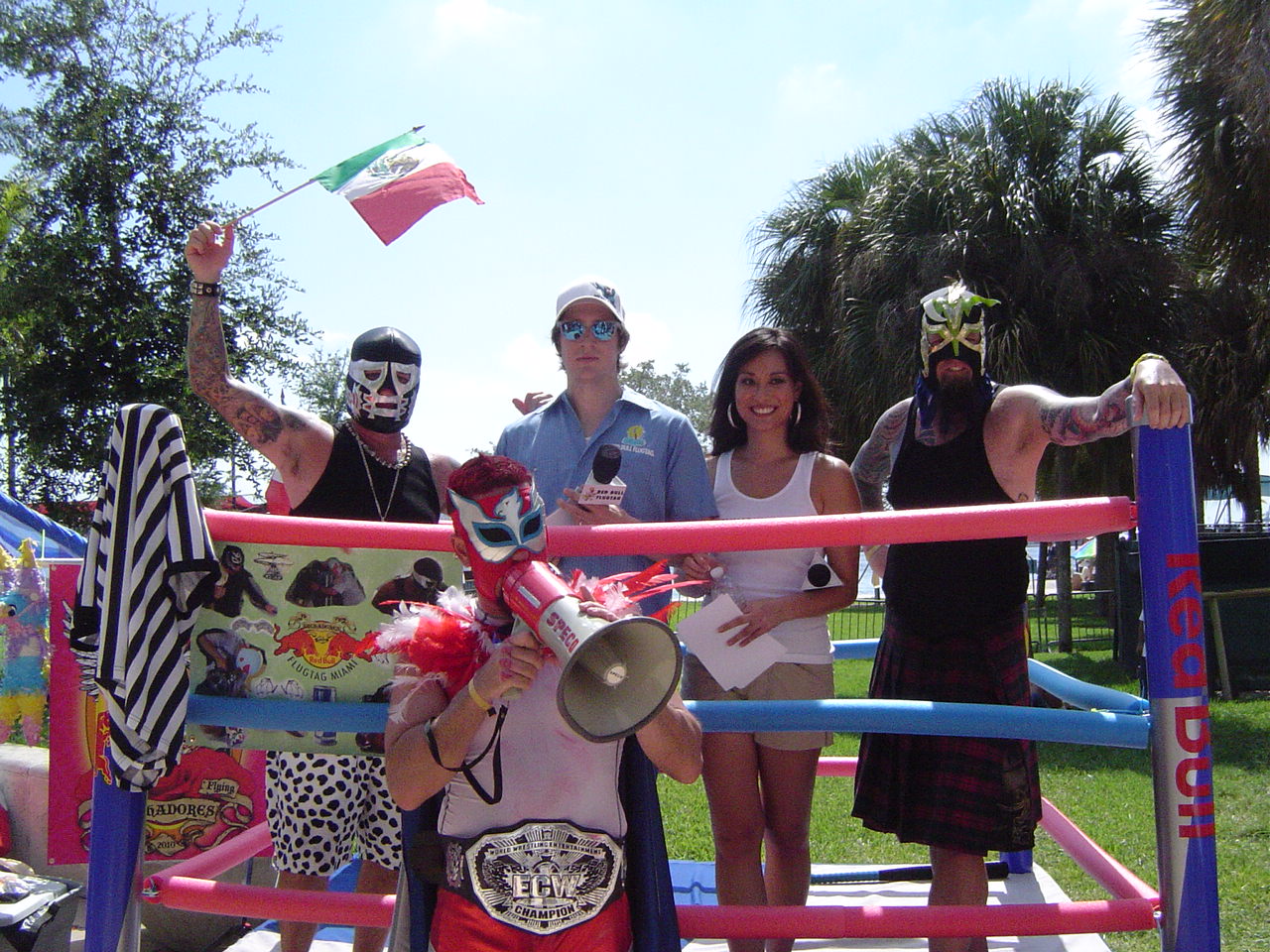 Check out this video with some of the flight craft highlights!