My artist Jae Millz released his latest mixtape yesterday, “The Flood Never Ended.” It’s the 4th installment in “The Flood ” series and this one plays more like a street album with no freestyles! Music on this “DJ Ill Will and DJ Rockstar present” CD release, also features VADO, Yo Gotti, Show Tufli, Meek Mill and Tity Biy.

And… *The first 100 (t-shirt) orders at http://forevermillz.bigcartel.com will receive a signed copy of “The Flood Never Ended!” LEGGGOOO 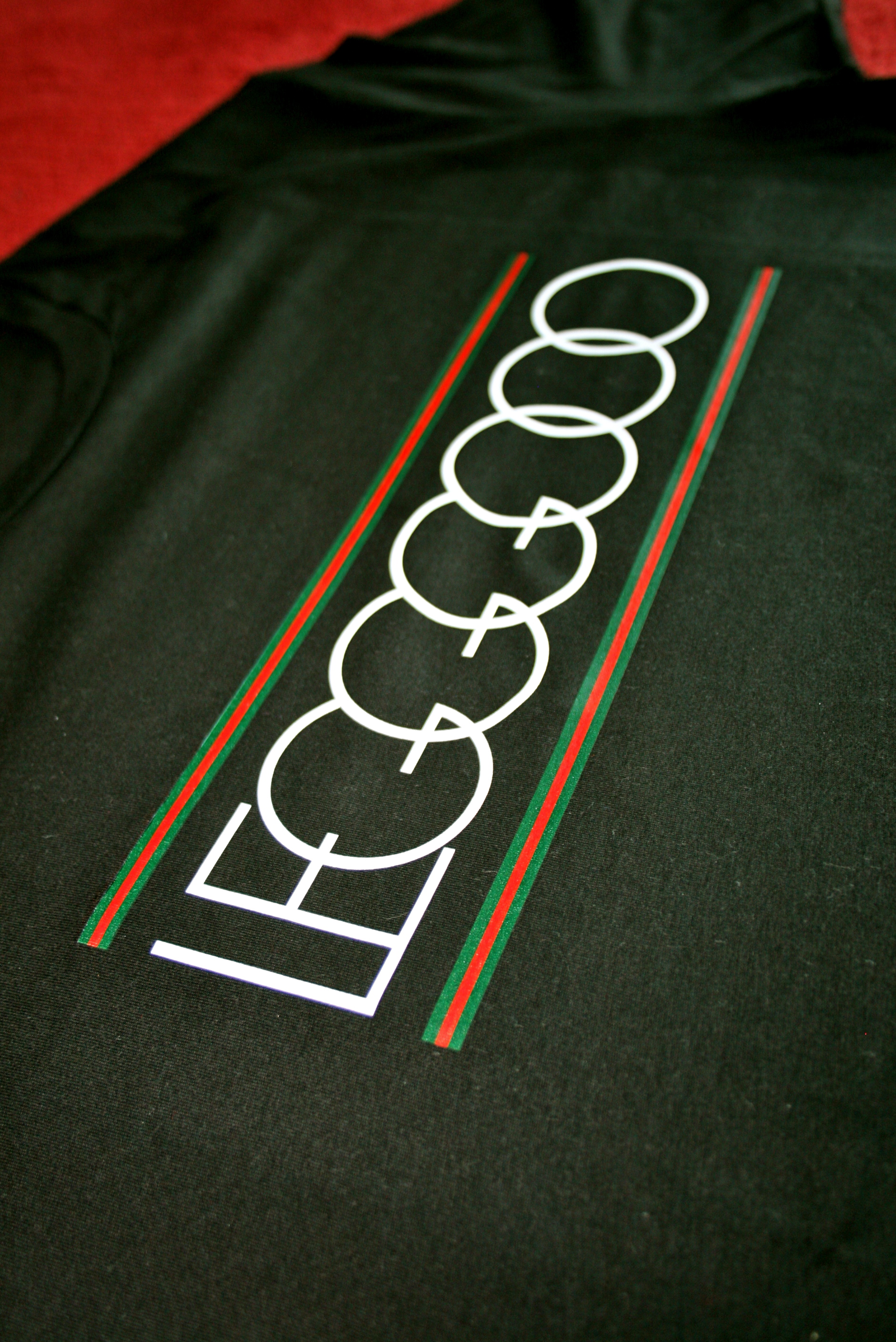 Also, check out this video for “Remain In The Sky” …one of the songs off The Flood Never Ended. Video directed and edited by Wolph Creations. 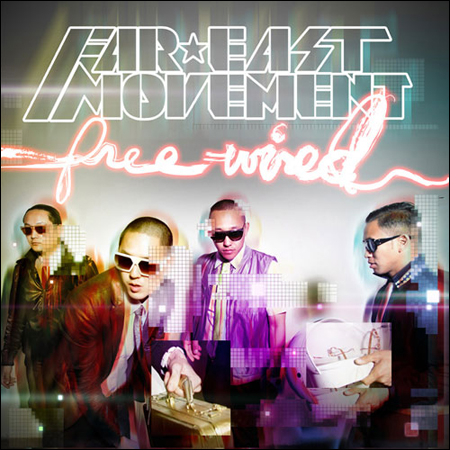 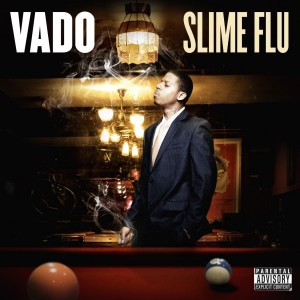 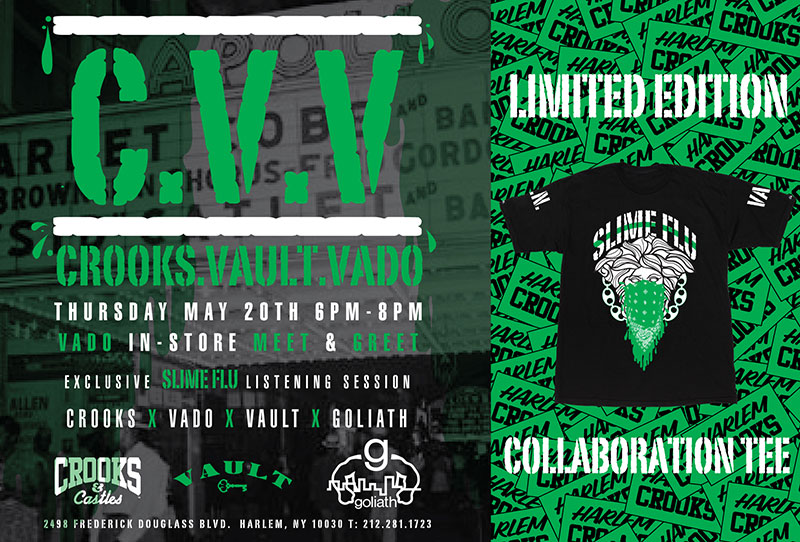 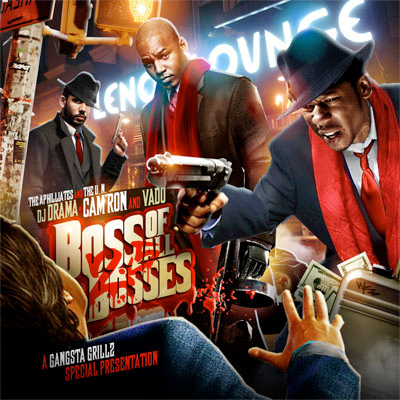 I recently returned home from a trip to New York. My good friend Grace met me there (coming from LA) and it was her FIRST time ever in NYC, so I had to share with her what I love about the city that never sleeps!

Our first day there, we were tired from our flights, but hit the streets immediately! After checking in at our hotel (Hudson Hotel), we met another good friend of mine, the ‘Sneaker Sensei’ for lunch at Pio Pio.. (it was Cinco de Mayo, that’s the closest we could find to Mexican in the area)…lol Then, we walked by the Empire State building and made the first of several trips to H&M. I also ran into my buddy Mike Hill from ESPN, caught up with him for a second, before we went back to our hotel, grabbed some Pinkberry and got ready to see the newest Cirque du Soleil show, Banana Shpeel at the Beacon Theatre. Well, the theatre was beautiful, but the show not so much, although we did enjoy the girl who could twirl things on her 4 limbs while standing on her head and the Russian male “pole dancer.” So, we cut that show short and met up with another friend, CJ of Deep Foundation.

He took us to Times Square, we ate at Junior’s and of course had the cheesecake! 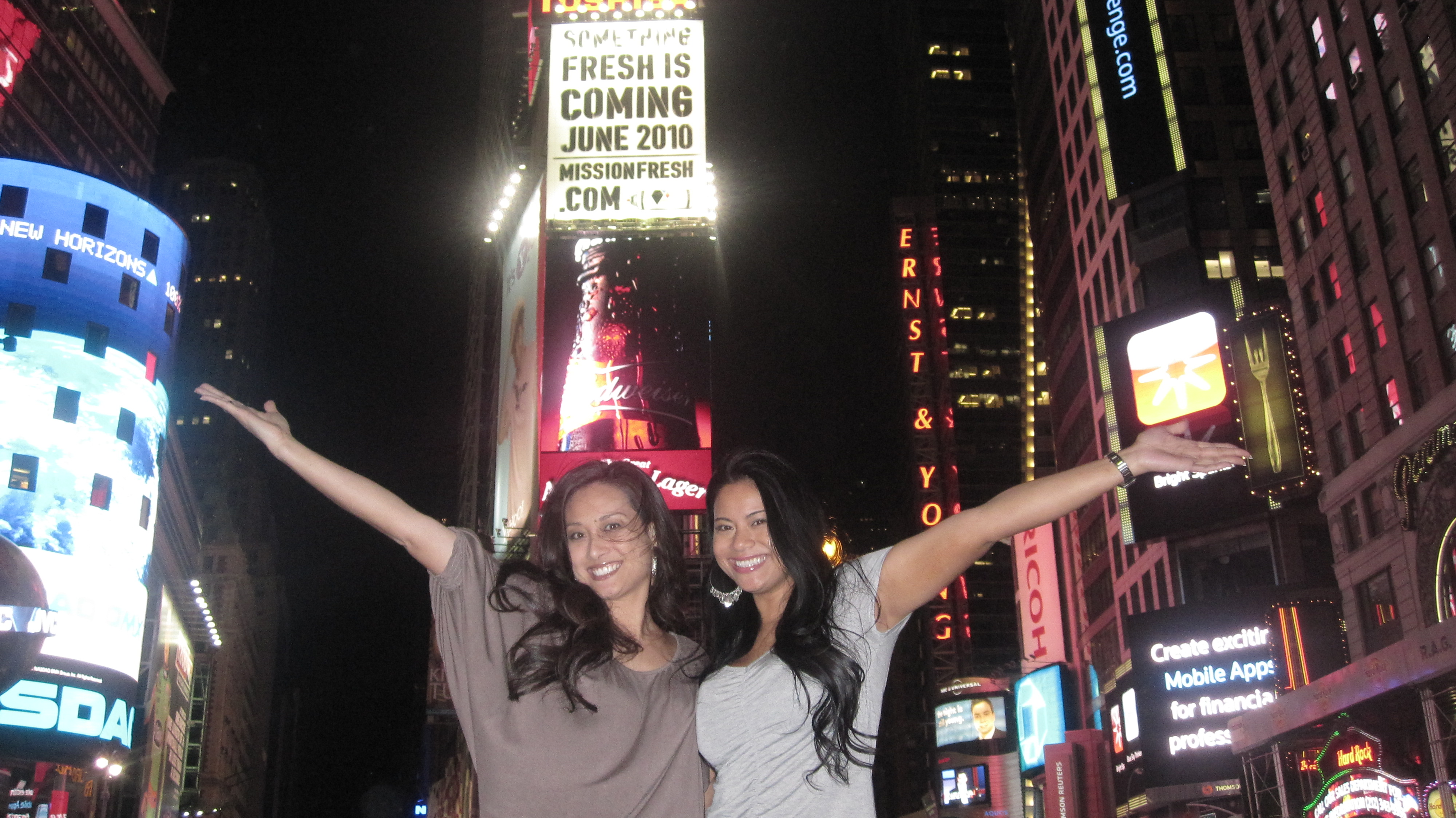 Remember this is Grace’s first time to NYC, so she was in awe of pretty much everything she saw from the tall buildings to the lights, all the people, etc… BUT her favorite was having a heart attack every time we got into a taxi…thinking we were gonna crash!!

The next day I took Grace to see some of the shops on 5th Ave, but we eventually ended up at the CAVI NYC showroom with the homie Phil…that’s a regular stop for me, every time I go to NY.

That evening after a quick change we headed over to Harlem Lanes for the Celebrity Strikeout event. 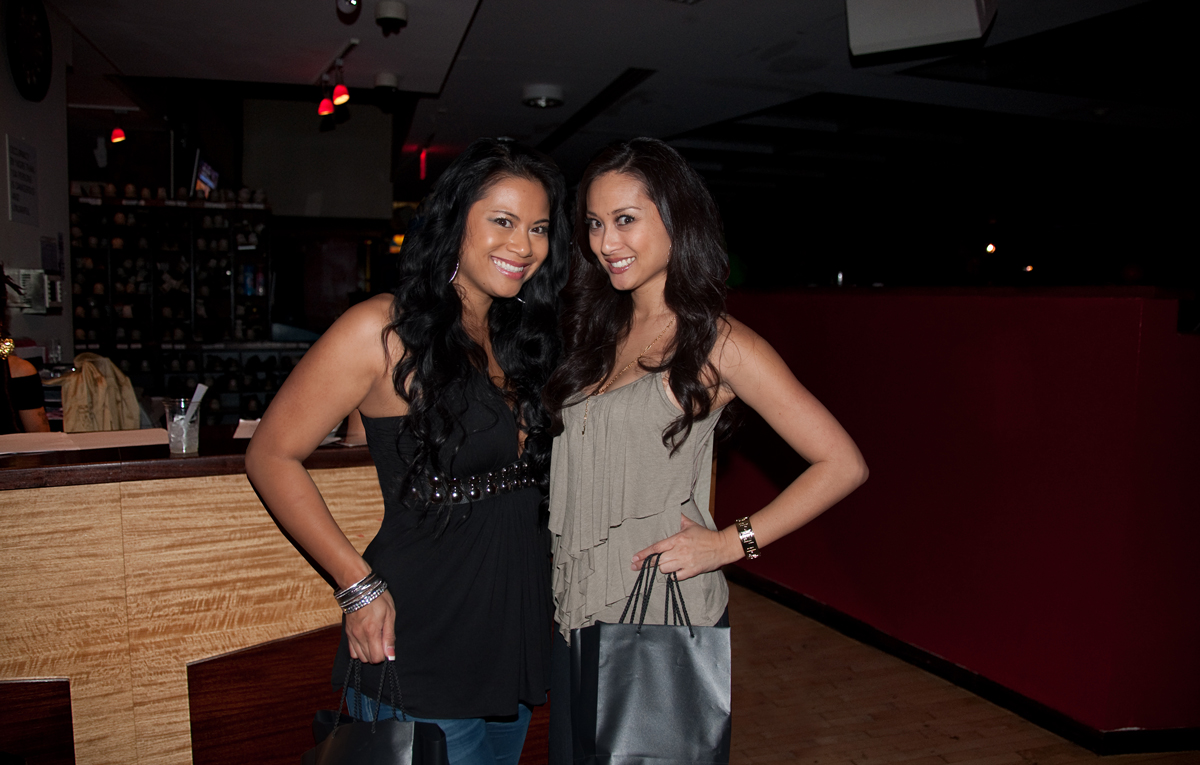 I did a little bit of work, while enjoying the event…I had to make sure VADO and Millz got some face time…

We briefly stopped by an after party, but NYC was kicking our butts and the shoes were expired….

Friday, Grace and I went downtown to check out the Statue of Liberty from Battery Park, we also went by Ground Zero and Wall St….but the highlight was going to see the one and only Anjelah Johnson who just happened to be headlining at Comix.

Some of my Miami friends were also in town (DJ Affect, Derick G and Mr. Bowtie South), so we had a nice group for the show…GOOD TIMES! 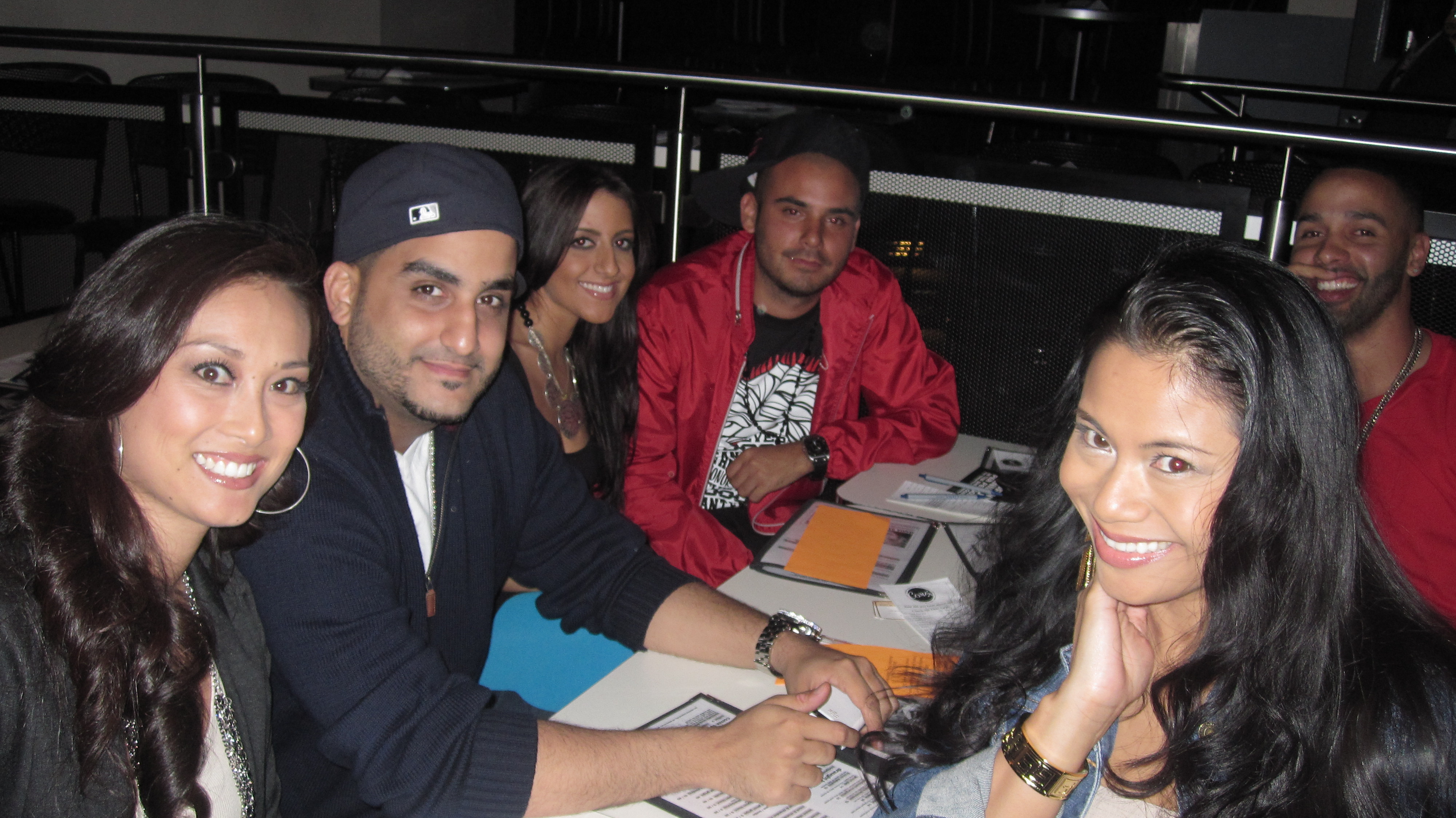 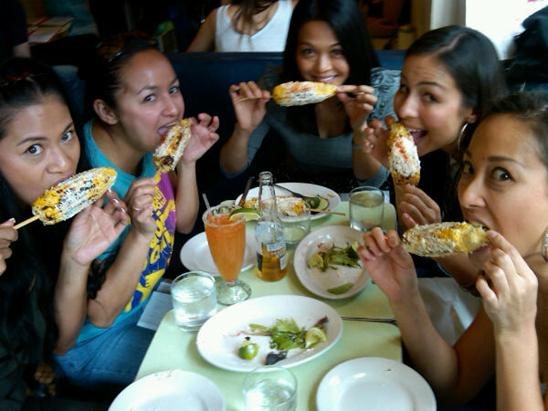 I think a common bond I have with most of my friends is that we all LOVE TO EAT! Here we are chowing down again at Philippe’s…me, Cipha, Anjelah, Veronica and Mitchell. 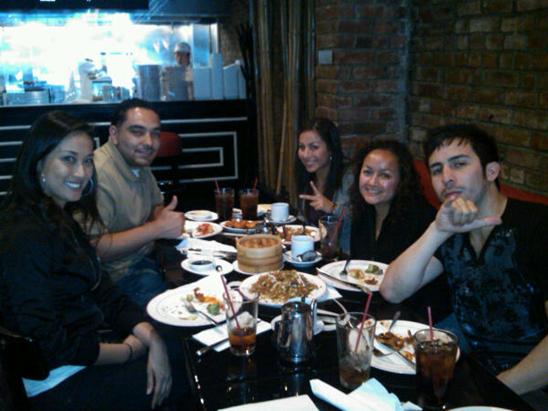 All in all, a very nice trip…although it did get extended by a couple days since my flight ended up getting canceled! ha 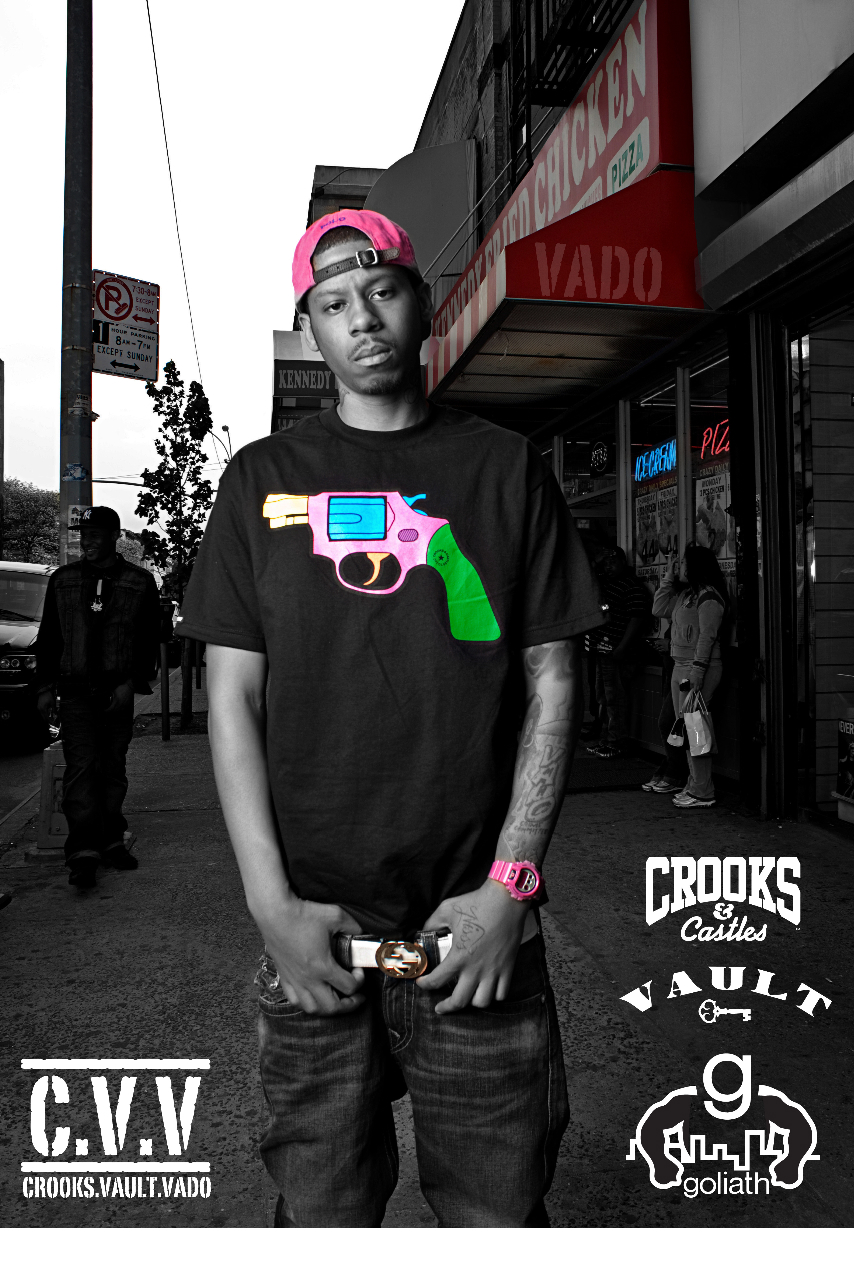 Vado has been hard at work, in the studio, shooting videos and on his interview/media grind too. So, please do look out for that Boss of All Bosses 2.5 – should be out any day now… and SLime Flu will quickly follow!

Well, this past week Natty Photo reached out to us about shooting photos of Vado, and when I saw his work, I was very impressed, so we invited him along to Vado’s video shoot for “Large On The Streets” being directed and shot by Factory Media 15 Films. Here are a few behind the scenes still shots taken by Freddy (Natty Photo). 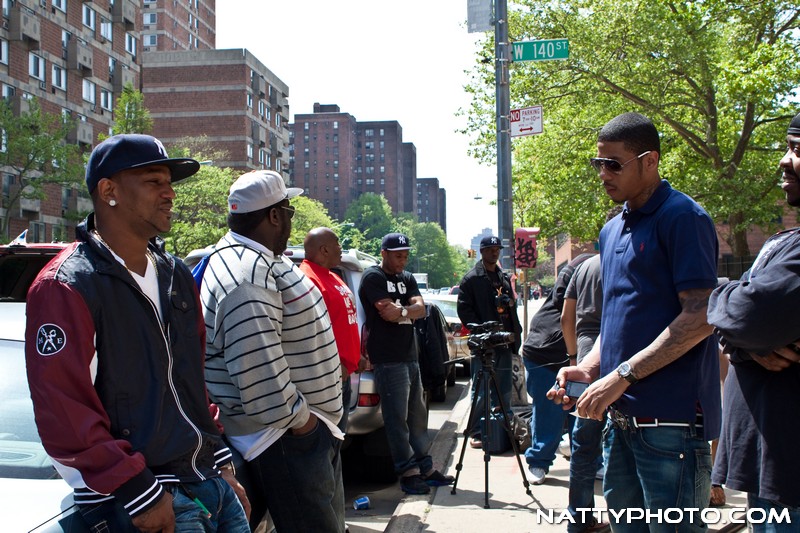 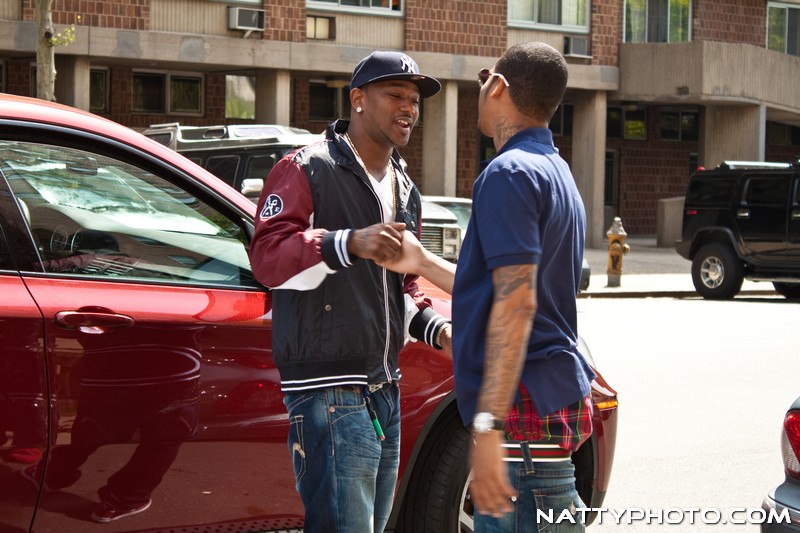 …and in another scene… 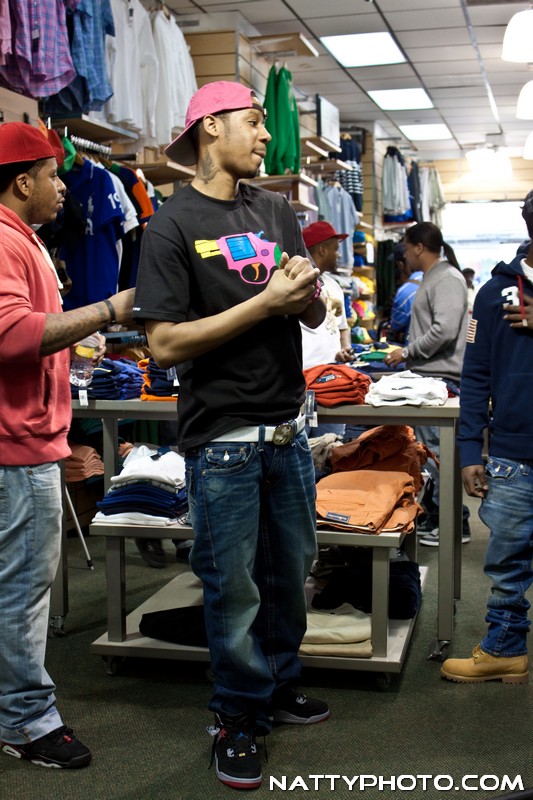 Thanks to Crooks N Castles for showin love with the gear… 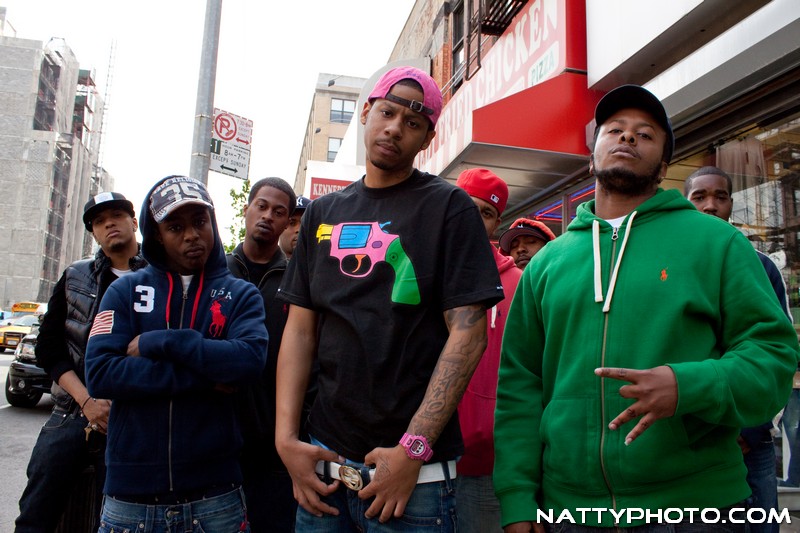 And here’s a little teaser trailer for Large On The Streets…stay tuned for the video, COMING SOON!

Shout out to Jay Newz for being my extra set of “eyes and ears!” 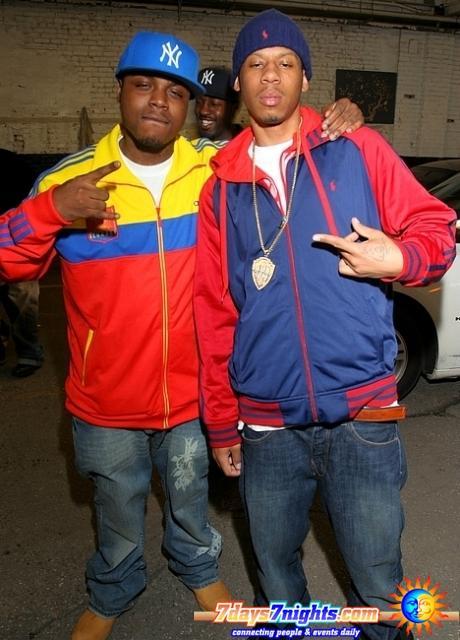 Here’s a new track from VADO – Large On The Streets from his forthcoming “Slime Flu” mixtape. 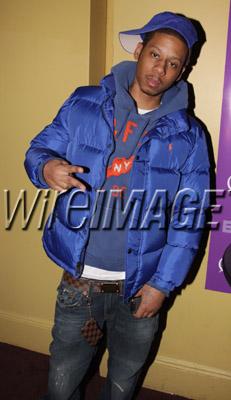 And here’s some exclusive behind the scenes video footage by Geoh Vision of his promo photo shoot by BluPrint I.D.