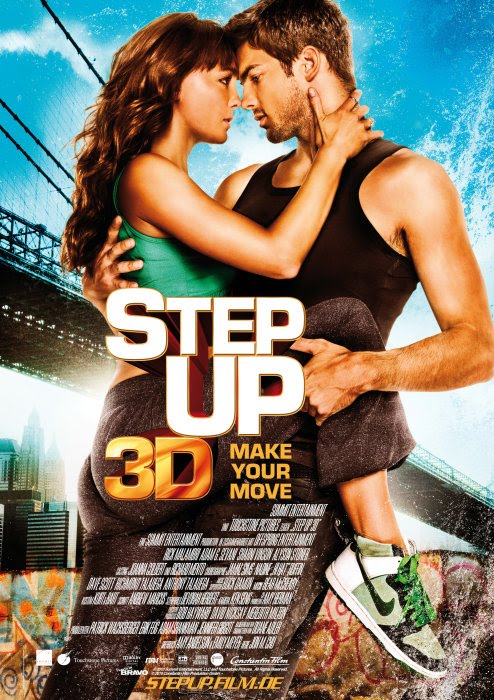 I should probably preface this entry by saying I was pretty indecisive on whether or not to go see this screening. I had just caught Step Up 2 on TV last week and even though that one was pretty painful, I figured why not! At the very least I’ll see some great dancing. Okay, so all that to say… that is two hours of my life I’ll never get back! lol Within the first few moments it was obvious the story was gonna be super cheesy and very forced. The film tries way too hard to be “cool” and to me it comes off very silly. I don’t know if it’s just me getting “old” or being out of it…but the dance battles I remember were never like the ones in the movie and I doubt they’re like that now. So, maybe this film would be better off in a fantasy or sci-fi category! I’m not sure it needed to be 3D, but I guess they needed a gimmick to sell it. I’m sure there was lots of GREAT choreography going on, but again, just too much was happening where you couldn’t even see the full choreo to focus or the camera angles just kept changing up so it was hard to follow. I’m probably old school when watching dance, but I love to see the formations and technique too. Yes, this is a “teenie booper” type flick and I probably should’ve just skipped it altogether… It’s SUPER cheesy with the contrived storyline and lack of chemistry with the actors. And, in addition to the 3D gimmick, the effects came off funny to me too. It was just too “silly” for me!