This week I fulfilled one of my civic duties as a celebrity judge for a cooking competition!! 🙂 This was an iron chef style contest put on by an organization called “Real Options for City Kids” or ROCK. Now, I can be pretty indecisive, but you know this time there was food involved how could I say no!?! Actually, I was pretty flattered to be asked to be a “judge” for this cooking contest that pitted 2 teams of middle school students against each other…..and I was thoroughly impressed at their skills!! 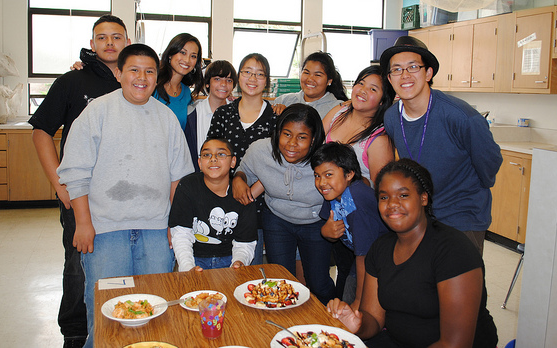 So, the two teams were the All Starbursts (above) and The Fooders (below)…the challenge was for them to create a 3 course meal, plus a beverage using a secret ingredient, which in this case was SHRIMP! 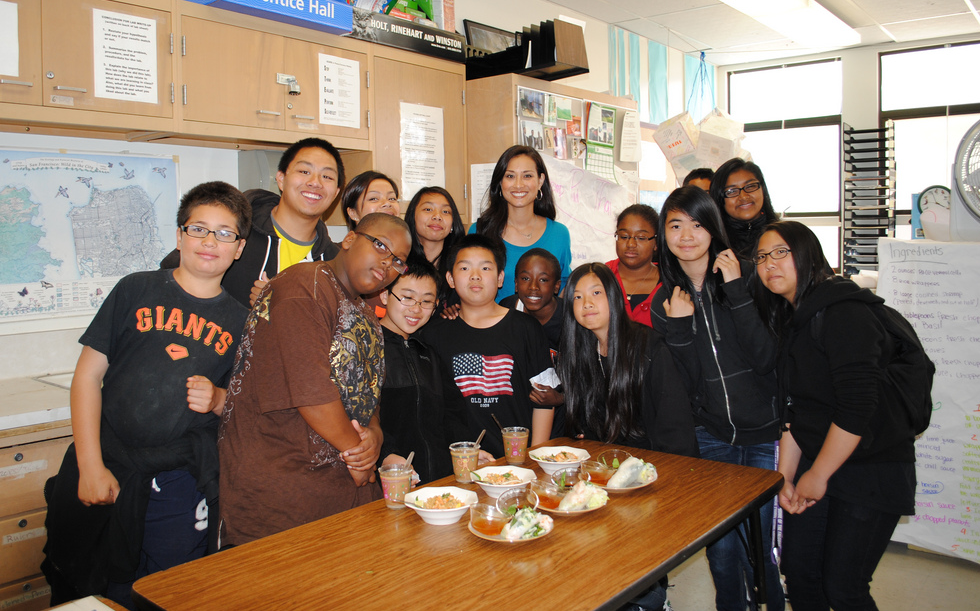 The All-Starbursts created a menu of Coconut Shrimp, Shrimp Jumbalaya and Funnel Cake with fresh fruit & chocolate syrup for dessert! They also concocted a refreshing fresh watermelon with mint drink!! 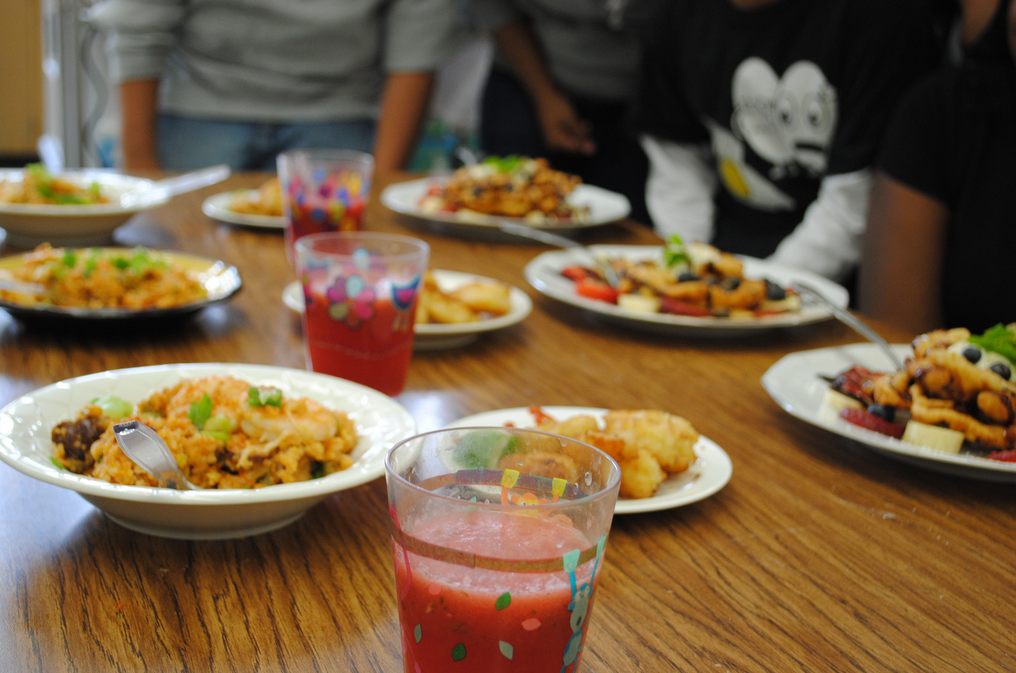 Now The Fooders whipped up a feast with a Thai theme. They served me fresh Shrimp Spring Rolls with a 2 dipping sauces (fish and hoisin), Shrimp Pad Thai and a scrumptous banana ice cream dessert..along with a homemade Thai Ice Tea to wash it all down!!

Each team took turns presenting each item to the panel of judges, explaining each dish and putting lots of effort into the presentation…while I just sat, ate and listened! I as just so impressed with not only the dishes they had cooked, but all the careful thought planning and creativity they showed. I don’t recall being so “skilled” in cooking at their age…PB&J suit me just fine! haha But really, such a wonderful program teaching them team work, following directions, budgeting and more… I particularly liked the Coconut Shrimp and Pad Thai…the funnel cake, and bananas with ice cream & cinnamon laced whip cream wasn’t bad either! 😉 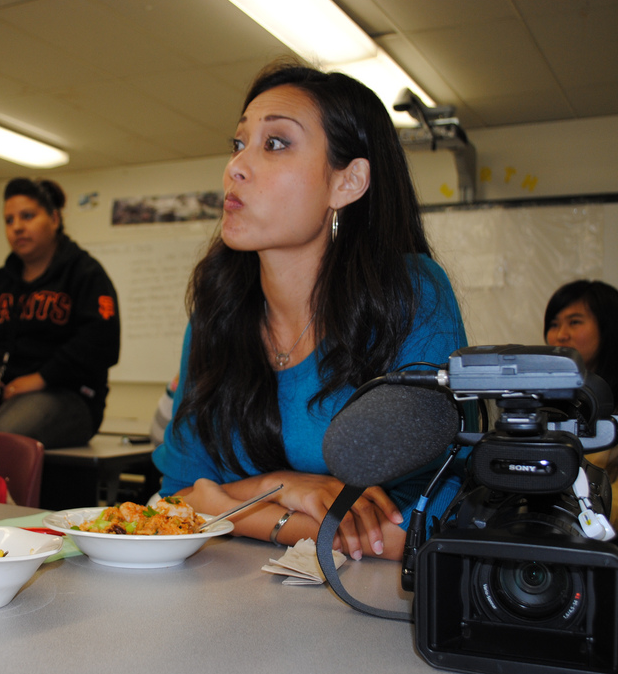 However, at the end of the day there could only be 1 winner…and bragging rights went to the All Star Bursts! They edged the other team ever so slightly with a bit more “flare” in their clarity, presentation and organization. They also were overall the most consistent… The prize they were awarded was $70 to spend on groceries for their next assignment. The runner-up got $30…BUT the “judges’ pitched in an extra $40, so they too would have the same amount of money to shop for the next meal. Good job to all involved!