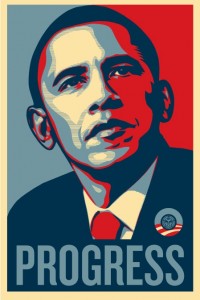 I wish I had made the trek to DC for the inauguration. It’s definitely the place to be at such an exciting time for the country, and January 20, 2009 is a day so many never thought they would ever see in their lifetime! I am so proud to be an American and overjoyed to have a President who I can really identify with…a fellow minority who speaks to my generation! I distinctly remember when I was young, maybe 6 or 7 years old and my Auntie Cici asked me if my Dad could be anything, what job would I want him to have…and I responded the President of the United States! She laughed, maybe because it wasn’t possible since my Dad wasn’t born in the U.S. or maybe because back then she didn’t believe a person of color could ever win. Well, the time has come. I know it’s tough times for so many right now, but if we can all hang in there and keep believing, “A Change is Gonna Come” because we ARE making progress! Tomorrow the entire world will welcome the 44th President of the United States of America, Barack Obama! YES WE CAN!

2 Replies to “My President is Black”