The good folks at PNOY Apparel have developed and are releasing a very special jacket called “The Veterano.” I applaud their dedication and commitment to not only educate, pay tribute and honor the heroes of our (Filipino) heritage, but they also give back! Bravo… Both my grandfathers were among the 250,000 Philippine soldiers who marched and fought alongside the Americans against the Japanese during WWII, so although gone, they are not forgotten. 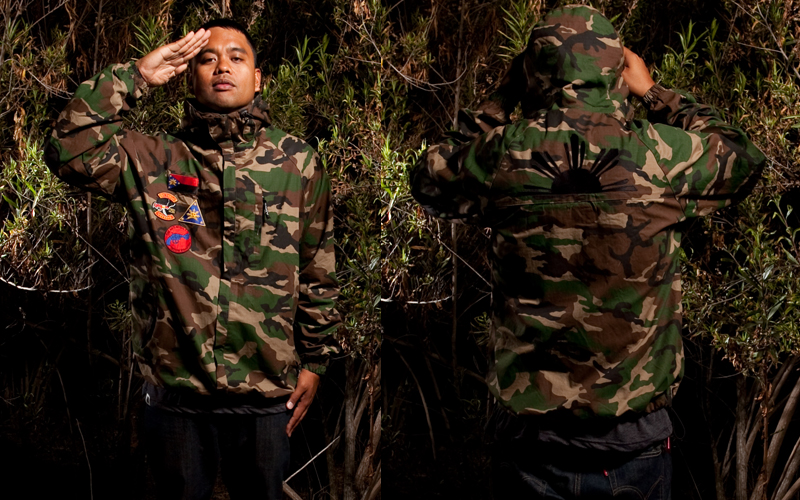 The Veterano jacket by PNOY Apparel is honoring the 250,000 Filipino American veterans who fought side by side their American counterparts without compensation or recognition. ONLY after almost 70 years, the Stimulus Plan hands out $15K to those who became U.S. Citizens and $9K to non-citizens veterans for their duty, a small reward for a life’s worth.

PNOY Apparel wants to help with proceeds of The Veterano to be donated to JFAV (Justice for Filipino American Veterans) to help our dying heroes.

Sizes Available: XS-XXXL
ONLY 300 made and will be available at the strike of 12:00 midnight Pacific Time Wednesday, July 28, 2010 online www.pnoyapparel.com

SPECIAL PRICE FOR THE FIRST WEEK ONLY! Good luck and don’t get caught sleeping. The most detailed jacket to date and one to HELP OUT OUR VETERANOS!!

One Reply to “The Veterano”